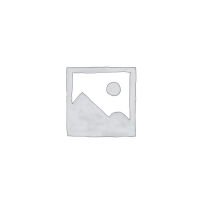 Only 1 left in stock

Only 1 left in stock

Ideal for a mini CCTV system, this set of horizontal and vertical motion servos will give you Pi camera movement with a minimum of fuss.

Pan-Tilt HAT lets you mount and control one of our pan-tilt modules right on top of your Raspberry Pi. The HAT and its on-board microcontroller let you independently drive the two servos (pan and tilt), as well as driving up to 24 regular LED (with PWM control) or NeoPixel RGB (or RGBW) LEDs. There’s also a handy slot through which you can route the servo, LED, and camera cables. The module pans and tilts through 180 degrees in each axis.

Use Pan-Tilt HAT with a Pi camera for face-tracking. Or mount it on top of your roving robot as a set of eyes. Why not stick a foam sword on top and make it swashbuckle?!

There’s absolutely no soldering required (unless you decide to use the optional NeoPixel strip or ring), as the servos on the pan-tilt module have female jumper wires attached and we’ve soldered a strip of right-angled header pins to the underside of the HAT to connect them up.

We’ve also included a handy little acrylic camera mount to hold your camera snugly in the head of the pan-tilt module. The mount has a couple of mounting holes at the top to hold a NeoPixel stick and there’s a neat little frosted diffuser to make the light super-dreamy. 🙂 We suggest one of the Adafruit RGBW NeoPixel sticks, as they give a lovely pure white (or any other colour!)

Note that the Pi camera, NeoPixel strip, male header, female to female jumper wires, Pi 3 and Pibow are not included. You’ll need to pick them up separately!

The MagPi said, in their four star review, that Pan-Tilt HAT was a “highly enjoyable and extremely cute accessory”.

We’ve put together a super-simple Python library to make it super-easy to control Pan-Tilt HAT. Just tell Pan-Tilt HAT to which angle you’d like it to pan or tilt (from -90 to +90 degrees) and away it goes! There’s even a couple of examples showing you how to pan and tilt, and control connected NeoPixels. 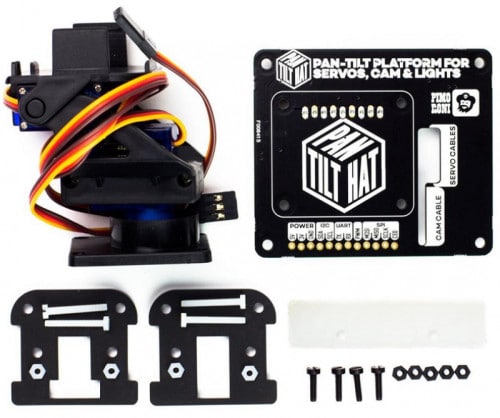 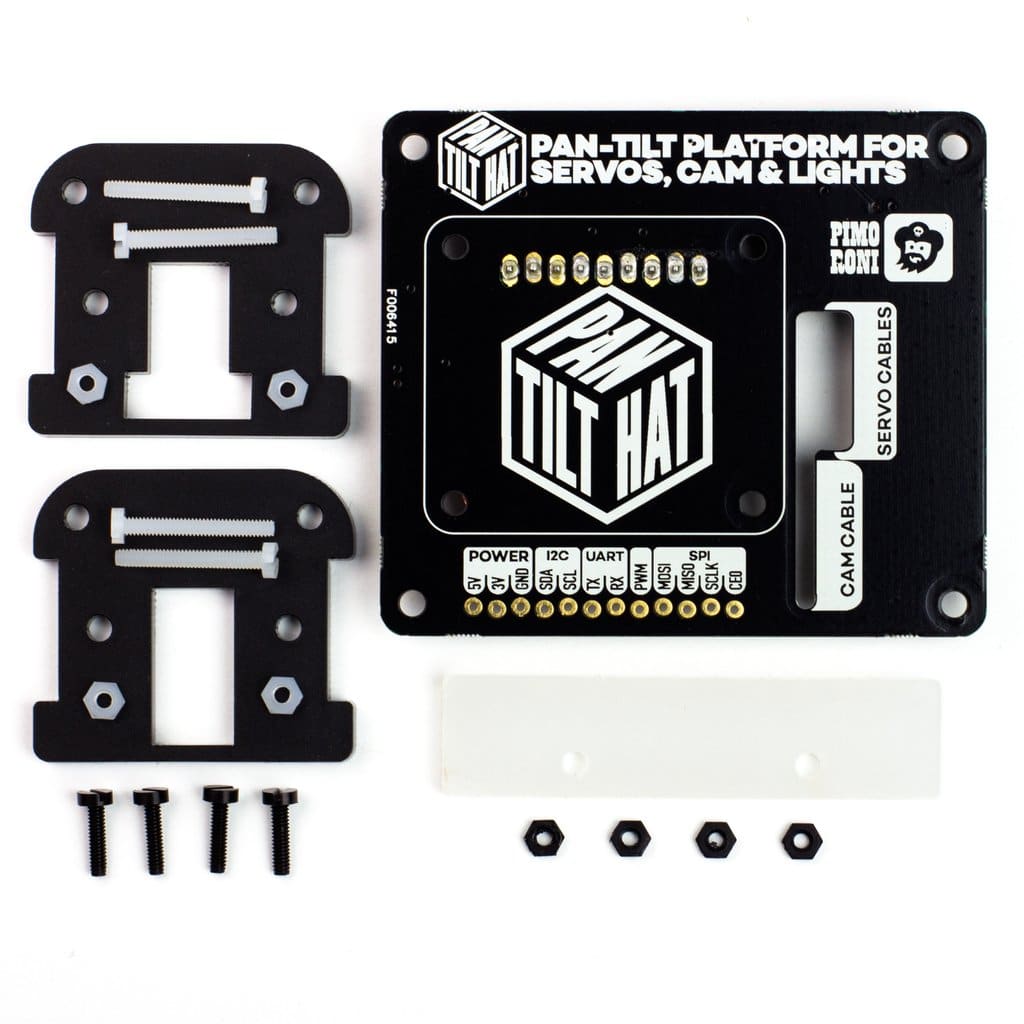 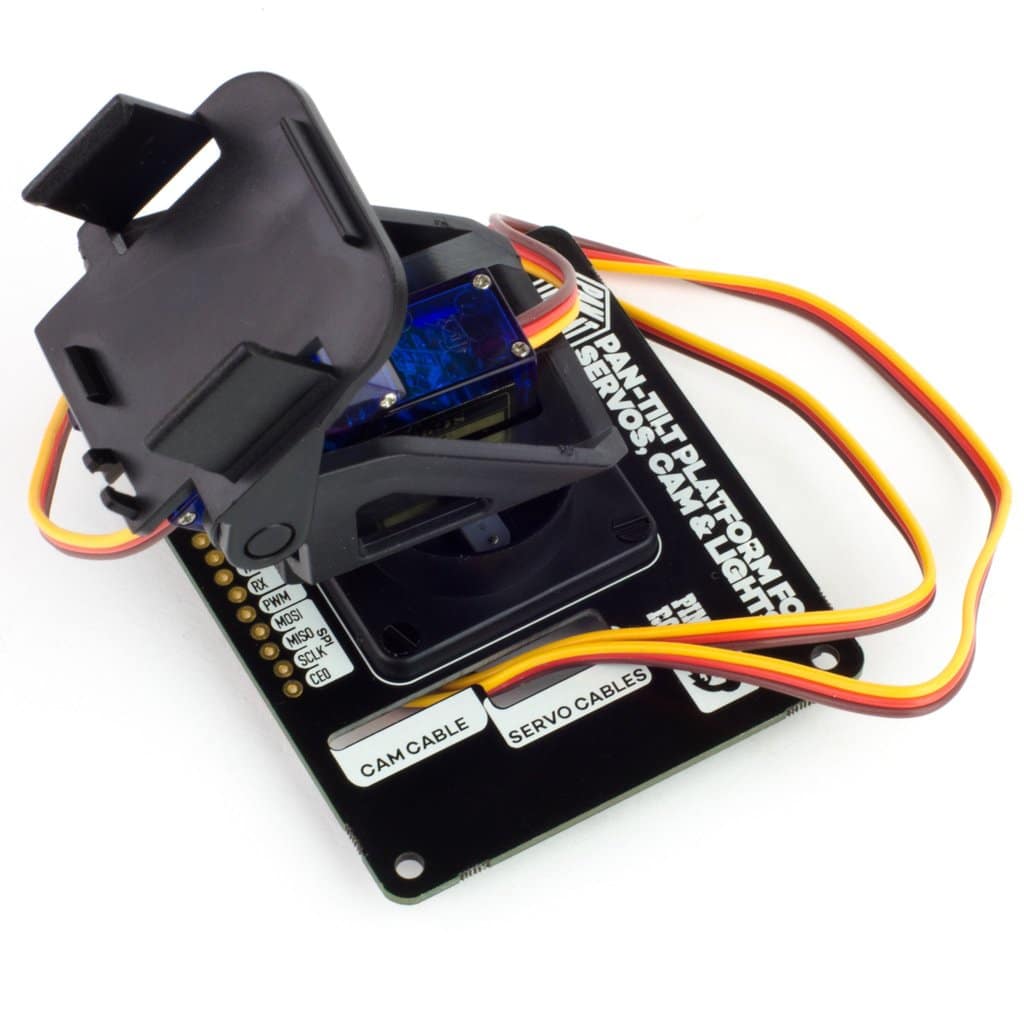 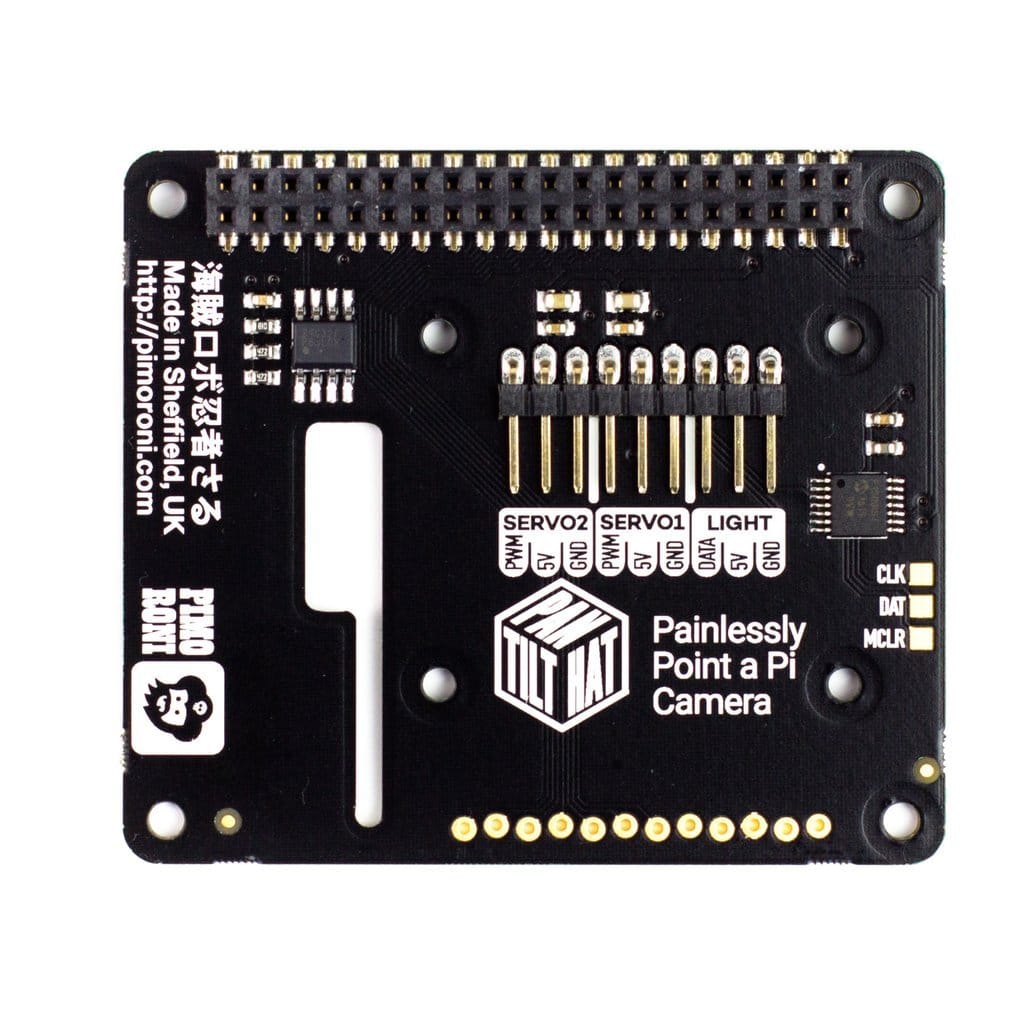 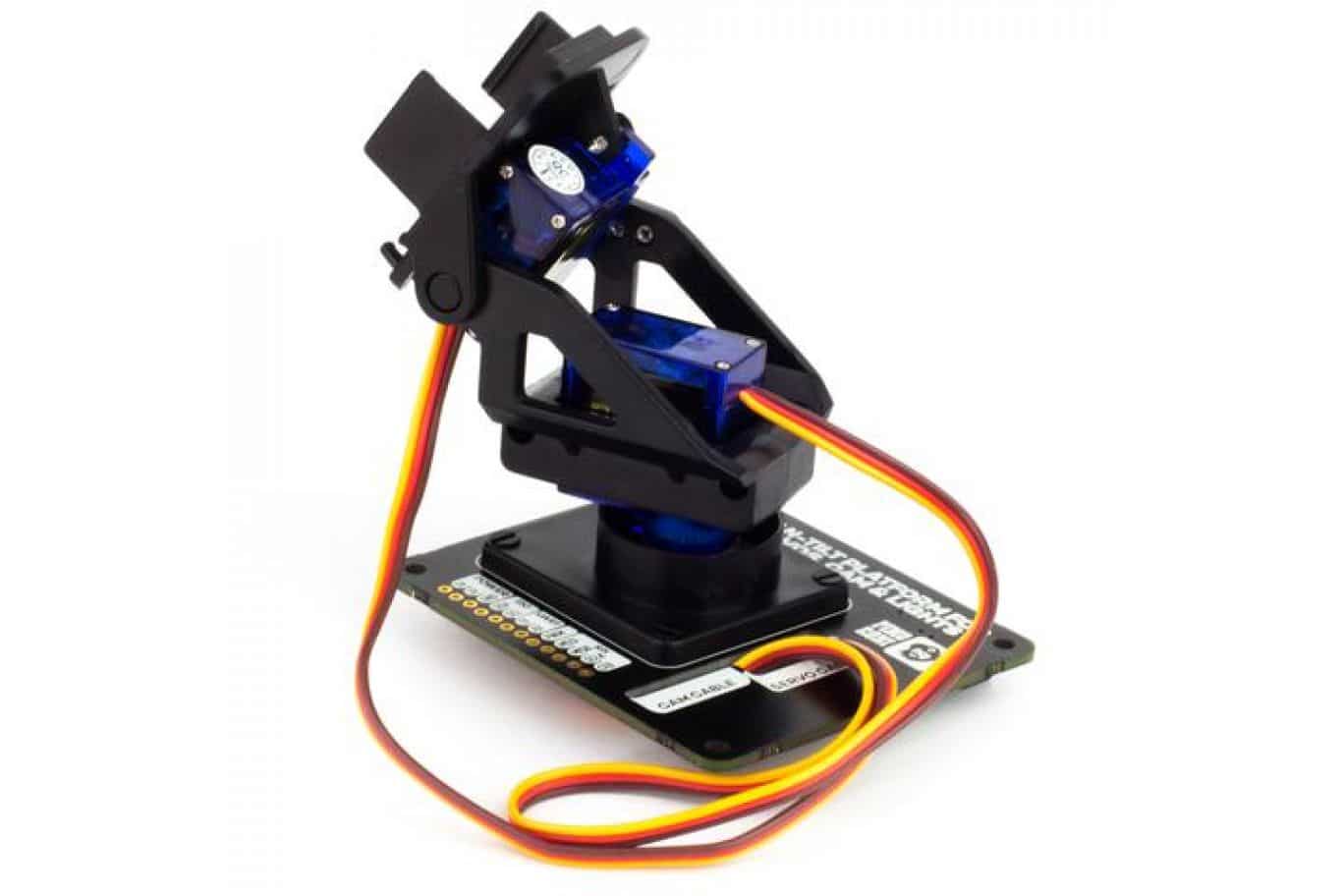